Skip to content
9 HIM overcame the temptation to fart sack and as a result strengthened their legs and expanded their lungs on a morning that promised slick roads and unforeseen twists and turns.
@Joey Freshwater @Fertile Myrtle @Dizzy Gillespie @Timeshare @Peewee @Three’s Company @Pancreas @Kwame  and YHC can now officially claim the title of Chump masters!
Warmup
20 SSH IC
Lunges (modeled after @Pancreas ‘s aggressive style)
Butt kickers OYO (your own butt)
Hi knees OYO (your own hiney)
Run
Start per usual, then veered off onto trail along RR for about 50 yards, then took a sharp right turn into a construction site. PAX is fully trusting YHC on direction as we then pull a u-turn and head back to the start.
The rest of the run consisted of a jog along depot street toward 31 with the occasional sprint down a neighborhood block.
The artistic portion of the run ended and we all ran back to the depot (about a mile away)
COT
Announcement:
@Heidi  has Q for Ft Pain
@Peewee is officially on Strava and for a moment was tops on the leaderboard
@Pancreas’s desire to be more like 2Buck was made abundantly clear during name-o-rama – “Timothy Sorrick, 41, 2Buck!?!”  Unfortunately YHC did not start the video in time to catch this. Name-o-Rama had to restart and pancreas gathered himself in time to correctly introduce himself
Prayers
That schools will open again soon
@2Buck ‘s M still waiting for dr appt (yesterday’s was cancelled due to snow)
Moleskin
Hope in the Lord
He is sovereign. Everything that has and will happen is orchestrated by God.  He is in control of it all and none of it is a surprise to him.
Isaiah 45:7
How then should we respond?  Because he promises hope and encouragement
Romans 15:13
2 Thes 2:16-17
God’s eternal hope should overflow as a result of us trusting in Him. Our response should  not be circumstantial, but should be based truly on our trust in the Lord.
Post workout picture was taken after half had already left. I promise to do a better job of getting a pic next time!
2Buck out 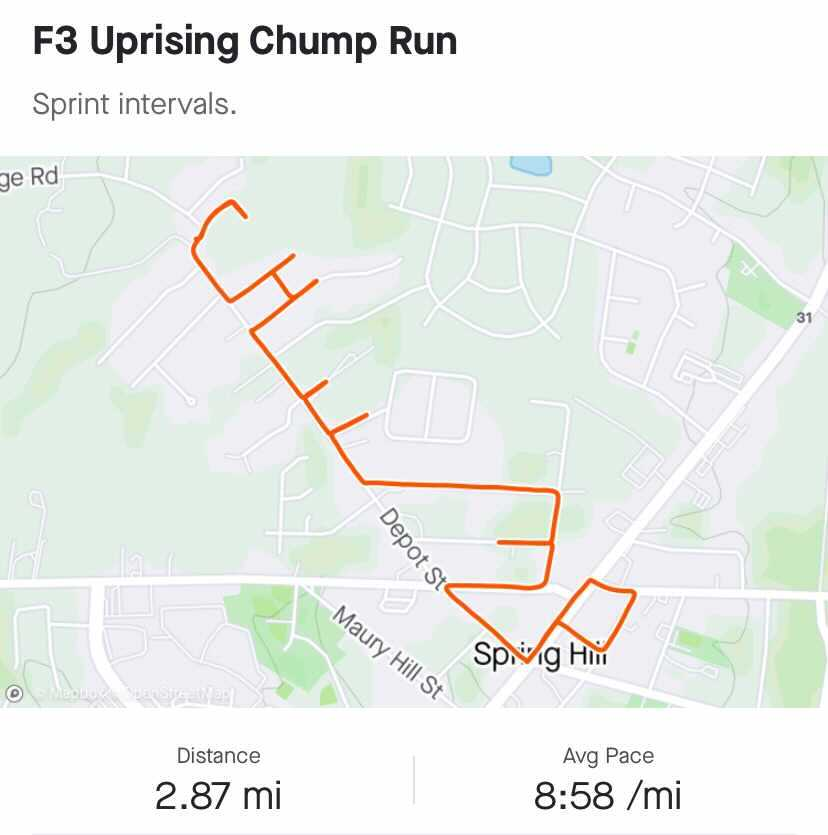