Skip to content
Leave No Man Behind!
20 PAX showed up to learn how Fort Pain got its name!
@fancyfeast @Mulligan @odouls @Dizzy Gillespie @Joey Freshwater @Cross-Stitch Sweaty Palms @Jiffy Lube @Tijuana Serena (FNG!) @Jalisco @Three’s Company @2Buck @ragdoll @Foosball @Lone Star @Ginsu Deliverance @Chowdah
QIC: Heidi
I forgot to mention this during COT, but tomorrow is the 1 year anniversary of the opening of Fort Pain!  In honor of that, today's beatdown was based off of the inaugural beatdown.  Coincidentally, we had exactly double the number of PAX today that we had on day 1!
Warmorama
SSH
BACs
Cherry Pickers
WMHs
10 Merkins OYO
10 Squats OYO
Thang
From the start line we split into 2 groups to race around the perimeter of Fort Pain.  Each group headed out in a different direction to do the below beatdown, with 1 simple rule: Leave No Man Behind!  When working at a pain station, as you finished your exercises you were to fall in beside someone that was still going and exercise alongside them until everyone was done.  The group would the leave each pain station together.  Today there were no sixes at Fort Pain, just people exercising, and people exercising more.
Mosey around the loop stopping at each workout station or park bench we encounter along the path and performing the following:
Stop at the Playhouse for a round of the following:
Group 2 made it back to the starting line first, but only because Group 1 had a longer stretch of road they had to run to and from the Playhouse.  My bad.  Group 2 did extra burpees and LBCs to make up for it.
Finale!
From the starting line do 50 American Hammers, mosey to the park entrance and do 50 another American Hammers, then mosey back to the start line and repeat until Q calls time.
COT
Announcements:
@Three’s Company has the Q at TRAPP tomorrow
The Standard is in Cool Springs tomorrow behind the Schneider Electric building (off of McEwen Dr.)
No Muscle Beach this week.  We will instead be having our monthly Q Source meeting at 5:15 at Fort Pain
No Armory on Saturday.  We will instead be having the CANNONBALL RUN!
Prayers:
@Pre-K son with his surgery this morning
@TheChilliCoffee 2 week old daughter with her open heart surgery today
Praise for Mike Fenema's healing and that he's returning home soon
Healing and guidance for all of the PAX
Today's moleskin was brought to you by this week's Q Source!
https://f3nation.com/q/queen/ 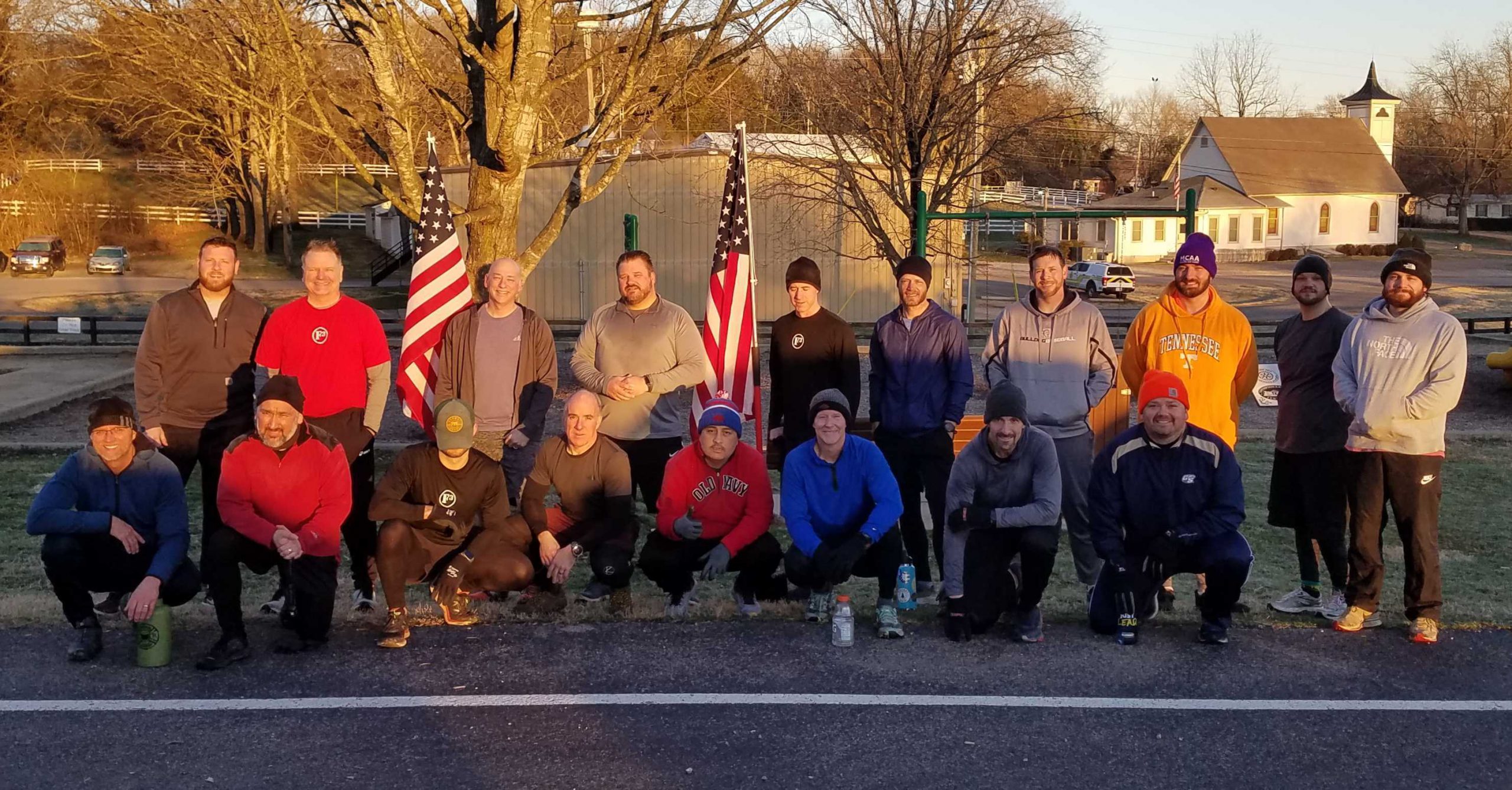