Skip to content
Easter SONrise run up Sunrise Hill – He is Risen
9 HIM showed up this morning to celebrate the rising of Christ our King
PAX: @fancyfeast @Jalisco @snookie @Peewee @Joey Freshwater @Fertile Myrtle @Hot Mic @Pancreas and YHC @2Buck
In typical 2Buck fashion the PAX was oblivious to what the route would bring. Only knowledge of a COT at the top of SONrise Hill had been shared.
We spent most of our time cutting our way through the fields, completely off trail, until we reached the top of SONrise Hill. With ample time left the PAX headed to the trail to complete an out and back the ended once more at the top of SONrise Hill.
Announcement:
New Golden Eagle – Peewee Mile time 5:56
2nd F – See post from @Kwame regarding upcoming events.
F3 Dads – See @Dizzy Gillespie for deets
Congrats Roughnecks on completing the GoRuck Tough!  You made us proud.
Prayer requests
– @fancyfeast travel for a week without kids
– @Hot Mic – client who’s husband passed away a year ago is dealing with the 1 year anniversary of the passing
– @Joey Freshwater – dad went in for an MRI and found he had a stroke. Going in to see a neurologist. Peace for his mom
– Praise – hot mic – graves Disease came out of remission a year ago.  Medicine is dialed in and able to workout hard.
Moleskin:
We listened to “Death Was Arrested” as the sun came up. The visual reminder of a new day accentuated the message of the song of new life as a result of Christ overcoming death! 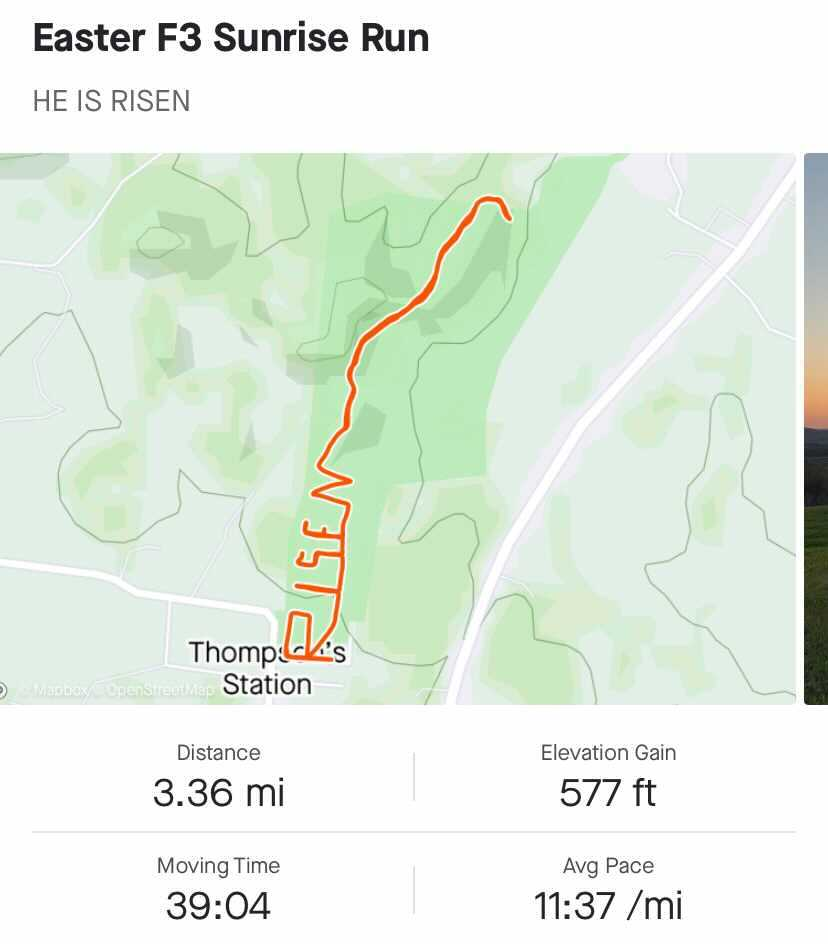